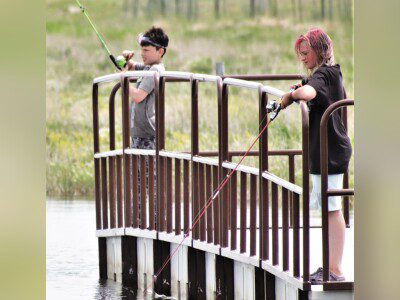 The ninth annual Tom McGonigal Memorial Kids Fishing Day at Baker Lake drew a big response – with some fishermen finding success by catching some fish, while others caught some lunch and a few had fun swimming in the lake on a hot day. With temperatures hitting the 90s, the event offered free lunch to the adults and children participating […]

When it comes to the Fourth of July weekend in Baker, organizers are planning to try and make it filled with fun. It will even start early, with a special fishing event on Baker Lake Friday, July 1, from 5:30 p.m. to 9 p.m. for elementary school children (second to fifth grades). Saturday The celebration will start in earnest early […]

There will be a lot of activities in Baker when it comes to the Fourth of July weekend, Karol Zachmann told the City Council at its June 15 meeting. She explained that it will start with a fishing event for children and end with fireworks after sunset Monday evening (July 4). Zachmann said the patriotic weekend would start with “Fishing […]

The Fallon County Times will be closed Monday, July 4, for Independence Day. Deadlines remain the same, Tuesday, July 5, at 2 p.m. Have a safe and fun 4th of July!

While flooding and the closure of Yellowstone National Park dominates the state’s weather news, most of Montana is still immersed in a drought. According to recent postings on a government drought website, most of the Treasure State is still classified as being at least “abnormally dry.” The state has 94.5 percent classified as being on the drought chart which ranges […]

For Sandra Kinsey, there is a new challenge facing health care in Fallon County. At a recent meeting in Longfellow gym, Kinsey accepted a nomination as president of a new Board of Trustees for the Fallon Medical Complex in Baker. That has prompted a battle over which Board of Trustees is legally in control of the system which has handled […] 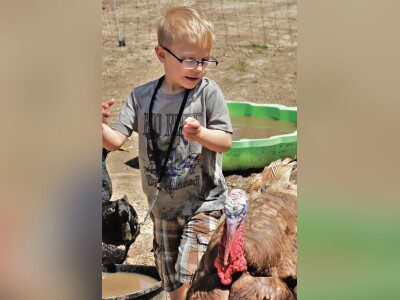 Drawing kids of all ages

It may not have been the first Heritage Fest in Baker, but it was still a big draw for the people interested in life and the history of Baker and the surrounding region. Plus, according to a spokesperson for the O’Fallon Historical Museum, it was also a success in drawing hundreds of people to the history, activities, crafts and music […]

The ongoing battle between the Fallon Medical Complex and a group of local community members is heating up again, after the leading voice of the community group claimed that she held a membership meeting that removed current board of trustees in mid-May and voted in a new board of trustees. The Fallon Medical Complex responded with a press release that […] 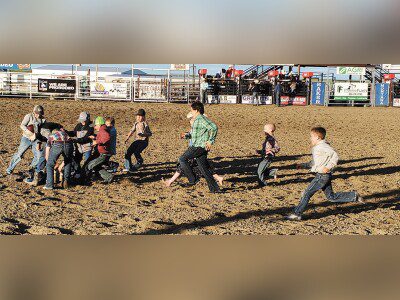 May 27, bronc riders from across the world came to Baker to compete in the Xtreme Bronc Match. Over 30 cowboys competed in the Long Go in hopes to be one of eight to advance to the Short Go. The line-up of cowboys consisted of many big names in the world including Sage Newman (currently #1 in the world), Wade […]

Category Pages are limited to 90 days. Please use the archive page or the search box to find older articles.

Find awesome listings near you!